I am using SMART Desktop and SMART Mobile. From our mobile data collection devices, we download the data files directly from the SMART data folder in the phone to a hard-drive. I am then using SMART desktop and the SMART Mobile Importer to import JSON files as new patrols (see first photo). I select “Create New Patrol” and then hit Ok (see second photo). Once I do that it begins processing and then I receive and error window that says “100 of 187 features were processed. The following 87 features could not be processed.” (see third photo). All of the features that do not get processed are of the type “SMART_ObservationType”:“Waypoint”. These processing errors occur every time I try to import SMART Mobile field data from the JSON files collected from the same two mobile devices.

I have read through the following forum posts about similar types of problems, but they do not seem to apply to my case exactly. For instance, when I use a JSON editor to review each JSON file it does not appear that any of the lines are missing (as described in the first post listed below). And the patrol start and end times do not appear to be the issue (as described in the second post listed below). Unfortunately our phones are out in the field so I am unable to send a bug report directly for the SMART mobile application.

Dear colleagues I’m having a problem with a JSON file from SMART Mobile, which is experiencing ERROR PARSING FEATURE INFORMATION (FEATURE WILL NOT BE PROCESSED): NULL when imported into SMART Desktop. Based on my communication with Emily Gouge (one of the SMART developers), it was explained that there were a lot of missing lines in my JSON file. The solution to this problem can be solved with the help of Emily (thanks Emily). I also made a short tutorial to solve the problem. Hopefully this …

I’ve had a lot of packages fail to process from Connect across a number of patrols and have been trying to figure out why. I suspect there’a a fair bit of mobile user error possibly to do with patrols left running (even overnight) without being paused or stopped. But in at least one case there seems to have been a correct Pause and then Resume but subsequent packages for that patrol failed to process. Am I write to think that long time lags or large geographic shifts will cause packages to fail …

Thank you for any help!
Maegan 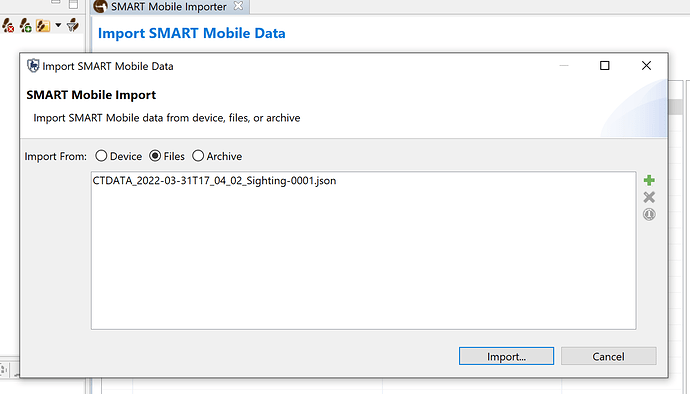 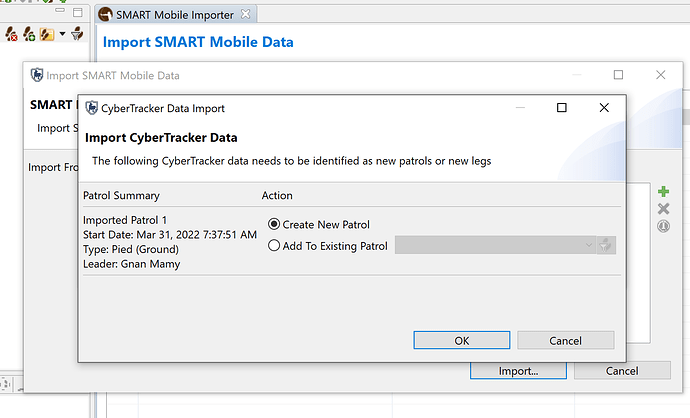 Could you please create a bug report on your mobile device and send it my way?
Thanks!

I am unable to do so for another month as the phones are in use out in the field.

Can you post the JSON file? I will try to check that.

In JSON file observation type: waypoint is equal to trackpoint on gpx file.
I`m facing this problem too. To resolve this, I change the default RAM consumption of SMART desktop. 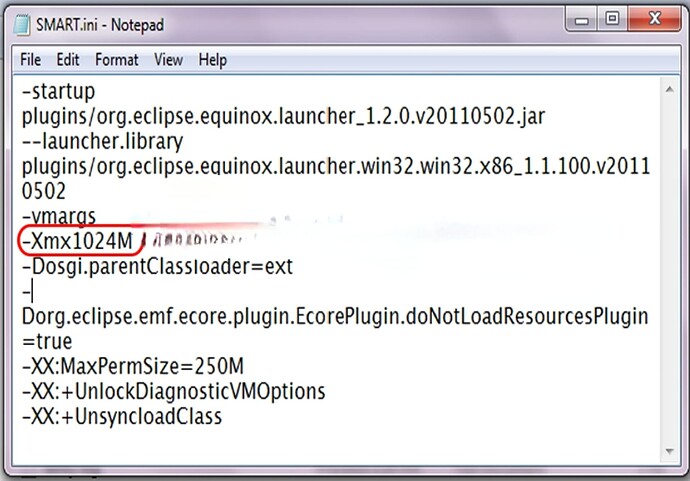 I still find this error when importing json file from SMART Mobile into SMART Desktop version 6.3.0. I am using SMART Mobile version 1.0.385. Is anyone have solved this problem? Thanks in advance.

Recently, I am trying to import the json files using SMART Desktop version 7.5.3 and the error not occured for severals files, but still happens on two files. I don’t the different of the files.